In a great debut, Wale took on Neil Read in a 4 round fight, becoming the 12th person to stop Read in his 35 fight career to date. Continuing on from his debut, Wale had an impressive start to his career as he went on to fight 16 fights including once in 2006, 4 times in 2007 and 10 times between 2008 and 2011 against fighters such as Marc Callaghan, Esham Pickering and Yoan Boyeaux.

On September 20th, 2008, Wale took on and was defeated by Harry Ramogoadi in his first career defeat meaning his career tally went to 7-1-0. Wale faced the first defeat and stoppage of his career against Harry Ramogoadi in the 3rd round of a 8 round fight via RTD. Fights against boxers including Wladimir Borov and Marc Callaghan followed where he won 3 fights taking his winning streak to 9 wins.

Esham Pickering was the next fight for Wale on May 29th, 2010 and also his next career win. Showing his class against Pickering, Wale was the 3rd person to go the distance with this opponent.

Wale kept his losses at 3 by beating Yoan Boyeaux on September 25th, 2010. In 2010 Wale fought his next opponent Yoan Boyeaux and defeated him via PTS. Wale was the 6th person to go the distance with Boyeaux. Wale's win streak of 11 rose to 14 following 3 wins against boxers such as Elemir Rafael, Fikret Remziev and Michael Ramabeletsa.

Wale lost to Kid Galahad in his next fight. Taking place on May 12th, 2012, Wale's career record after this fight stood at 14-4-1. Wale was beaten by Kid Galahad in the 9th round. Wale had only ever been stopped 2 times previously in his career.

Wale kept his losses at 8 by beating Simas Volosinas on February 13th, 2016. Wale was the 35th person to beat Simas Volosinas where he showed his talent as a technical boxer, beating him over 6 rounds in his 29th professional fight.

The wins continued with the defeat of Dmitrijs Gutmans on May 14th, 2016 in Wale's most recent fight taking his winning record to 20 wins. Taking his total win streak to 20 wins, Wale defeated Gutmans in the 6 round fight. The win came via TKO in the 1st round. Wale was the 2nd to stop Gutmans. 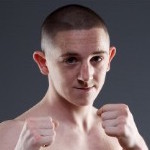