Leigh Wood started off his pro career aged 23 and currently has a record of 14-1-0. Wood now looks to build on the experience gained in his first 15 fights. He started his best winning streak on October 2011 however, this came to an end on December 2013. In this period he won a total of 11 fights.

Showing his superior boxing ability in an impressive debut, Wood picked up the win against Chuck Jones and became only one of 6 people to have taken him the full 6 round distance. Wood built on his successful start to his career by fighting 2 times in 2011 and 2 times in 2013 which included fights against Dai Davies, Chuck Jones and Tibor Meszaros to name just a few.

Taking the first knock of his career, Wood fought Gavin Mcdonnell on February 22nd, 2014 and was defeated by Mcdonnell. Mcdonnell was a push too far for Wood and after a tough fight Mcdonnell became the first person to beat and stop Wood in round 6.

On May 16th, 2014, Wood was in action again with a win via TKO against Martin Mubiru taking his mostly successful record to 12-1-0. Becoming the 2nd fighter to stop Mubiru in his career, Wood beat Mubiru via TKO in the 3rd round of a 8 round fight.

Wood kept his losses at 1 by beating Josh Wale on October 24th, 2015. In 2015 Wood fought his next opponent in Josh Wale. A challenging 10 round fight that ended in Wood's favour as the judges awarded Wood the UD victory. Wood was the 8th person to defeat Wale.

The wins continued with the defeat of Lee Glover on March 26th, 2016 in Wood's most recent fight taking his winning record to 14 wins. Taking his total win streak to 14 wins, Wood defeated Glover in the 10 round fight. The win came via TKO in the 2nd round. Wood was the 3rd to stop Glover. 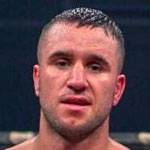 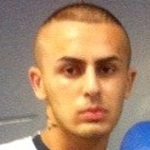