Born January 26th 1991 Robert Easter jr. (aged 31) has built up a good career record of 21-1-0. With plenty of experience and now 22 fights as a pro, Easter jr. Hopes to move on to better things in future as he moves into the later stages of his career. The longest win streak that Easter jr. Has ever recorded was between November 2012 and January 2018 when it totaled 21 wins. Easter jr.'s longest KO streak is 8 fights long.

Easter jr. Proved he was made for the pro ranks in his debut against Eddie Corona, becoming the first person in Corona's 1 fights to stop him. The fight ended in round 2 of 4. Easter jr. Continued on his journey to success by fighting 2 times in 2012 and 3 times in 2014 beating fighters such as Lance Williams, Carlos Cardenas and Daniel Attah in his next 11 fights.

Next was Osumanu Akaba on August 28th, 2015 where Easter jr. Took the win continuing his unbeaten streak. The 10 round fight ended in the 6th round via TKO crowning Easter jr. As only the 3rd to stop Akaba. Taking his record to 16-0-0. Easter jr. Then went on to win his next fight against Juan ramon Solis.

Next was Argenis Mendez on April 1st, 2016 where Easter jr. Took the win continuing his unbeaten streak. Mendez was a worthy challenger but Easter jr. Was too much and became the first person to stop Mendez via TKO during round 5.

Richard Commey was beaten next on September 9th, 2016 meaning Easter jr. Could maintain his unbeaten streak. Continuing his career, Easter jr. Fought Richard Commey in 2016 over 12 rounds. Easter jr. Was the 2nd person to go the distance with Richard Commey. Easter jr.'s winning streak went from 18 wins to 20 after he then defeated boxers including Denis Shafikov and Luis Cruz.

Easter jr. Then went on to fight and beat Javier Fortuna on January 20th, 2018 maintaining his unbeaten record. Easter jr. Secured the win over Fortuna after the final bell via SD, resulting in Easter jr. Being the 2nd person to defeat Fortuna.

The wins stalled following a defeat from Mikey Garcia on July 28th, 2018 taking Easter jr.'s record to 21-1-0. Easter jr. Was left wanting in his latest fight, being beaten over the 12 rounds to suffer his first professional loss in 22 pro fights. 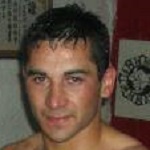