Denis Shafikov's debut fight took place on November 2003 when he was 18 years of age. His career has spanned 13 years to date and whilst he's now in the later stages of his career, he has amassed a record of 38-3-1 over the course of his 42 fight career. The longest win streak that Shafikov has ever recorded was between November 2003 and September 2010 when it totaled 25 wins. Shafikov's longest KO streak is 3 fights long.

A successful pro debut for Denis, Shafikov showed his superior boxing talent against Pavel Lyakhov, becoming the first person to go the full distance with him. Following his debut, Shafikov had an impressive start to his career as he went on to win his next 21 fights including once in 2003, 4 times in 2004 and 16 times between 2005 and 2009 against the likes of Juan carlos Rodriguez, Cristian Frias and Raul horacio Balbi.

Andrzej Sark was Shafikov's next fight on August 30th, 2008 and also his next win in his career. Shafikov was the first person to stop Andrzej Sark and he did it in the 2nd round via TKO. Fights against boxers including Raul horacio Balbi, Juan carlos Rodriguez and Giuseppe Lauri followed where he won 13 fights taking his winning streak to 28 wins.

Shafikov kept his losses at 0 by beating Brunet Zamora on May 31st, 2012. Shafikov really made a statement in this fight, defeating Zamora via UD over the distance and crowning himself as the first person to defeat Zamora in his 24 fight career to date. Shafikov then went on to win a further 4 fights taking his record to 33 wins, 0 losses and 1 draws.

Shafikov kept his losses at 1 by beating Rustam Nugaev on August 15th, 2014. Nugaev was a worthy challenger but Shafikov was too much and became the first person to stop Nugaev via TKO during round 9. Shafikov continued his success in the next 4 fights taking his record to 37 wins, 2 losses and 1 draws.

Pushing his career further, Shafikov fought Richard Commey on December 2nd, 2016 adding to his winning record. Showing his class against Commey, Shafikov was the 3rd person to go the distance with this opponent. 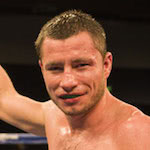