Although Osumanu Akaba has been beaten in his career, with a fight count of 40 fights and a 14 year long career he approaches the end of his career with a record of 31-8-1. He made his debut in November 2000 at the age of 20. Akaba's longest win streak is 12 fights between November 2000 and July 2004. His longest KO streak in his 40 fights is 9 fights long.

Akaba made an impressive debut on November 2000, showing his class and technical boxing skill Akaba went the full 6 rounds with Sarouna and became the first person to do so. Akaba continued his mostly successful career with numerous fights following his debut against boxers including Abdul malik Jabir, Mamadou Sarouna and Emmanuel Odoi. Fights included fighting once in 2000, 6 times in 2001 and 13 times between 2002 and 2005.

On March 6th, 2003, Akaba went into action again and beat Theodore Lokossou taking the winning record to 9 wins. In 2003 Akaba fought his next opponent Theodore Lokossou and defeated him via UD. Akaba was the 2nd person to go the distance with Lokossou. 16 wins followed where Akaba went on to fight Abdul malik Jabir, Joseph Laryea and Tshifhiwa Munyai amongst others, prolonging his win streak.

Akaba lost to Edner Cherry in his next fight. Taking place on October 18th, 2014, Akaba's career record after this fight stood at 31-7-1. Akaba fought Edner Cherry and was defeated via TKO in the 10 round bout. This was Akaba's 2nd stoppage defeat in his career which came in the 2nd round.

Akaba's next defeat of his career came against Robert Easter jr. on August 28th, 2015. Left wondering where Akaba's career will go next, Easter jr. Became only the 3rd man to stop Akaba in the 6th round of a 10 round fight. 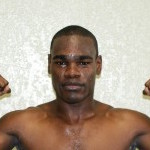