Although beaten, Joseph Parker has gained plenty of experience over 26 fights and a 6 year long career so far. He now moves on to see just how far he can go as he approaches the later stage of his career. The longest KO streak that Parker has ever had is 7 throughout his 26 fights and his longest winning streak is 24 wins. This started on July 2012 and came to an end on September 2017.

A calm Parker made the statement he was hoping for in a 6 round fight against Dean Garmonsway. Claiming the only stoppage defeat of Garmonsway's career in round 2 of the fight via TKO. Parker continued on his journey to success by fighting 3 times in 2012, 4 times in 2013 and 6 times through 2014 and 2015 beating fighters such as Jason Pettaway, Brian Minto and Frans Botha in his next 13 fights.

Furthering his career, Parker fought Alexander Dimitrenko on October 1st, 2016 and advanced his winning streak to 21 wins. The win came in the 3rd round of a 12 round fight via KO. Parker was the 2nd person to stop Alexander in his career.

Next was Andy Ruiz jr on December 10th, 2016 where Parker took the win continuing his unbeaten streak. In what was a true showing of Parker's technical ability, Parker got the decision in the 12 round fight, and became the first person to beat Ruiz jr. Taking his record to 23-0-0. Parker then went on to win his next fight against Razvan Cojanu.

Parker then went on to fight and beat Hughie Fury on September 23rd, 2017 maintaining his unbeaten record. Parker showed his superior boxing skills to become the first person to beat Fury. The judges scored the bout in favour of Parker by MD over the full 12 rounds.

On March 31st, 2018, Parker took on and was defeated by Anthony Joshua in his first career defeat meaning his career tally went to 24-1-0. Taking the first setback of his career, the March 31st, 2018 Joshua defeat went the full distance and ended via UD.

Parker's next defeat of his career came against Dillian Whyte on July 28th, 2018. Fighting over a competitive 12 round bout, Parker was outclassed in his most recent outing taking a UD loss over the distance at the hands of Whyte. 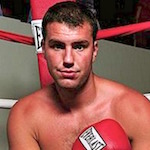 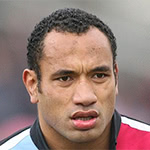