An explosive pro debut saw Fury face David Whittom in a 4 round debut fight. Hughie became only the 10th person to stop Whittom shy of the full distance, stopping him in the 2nd. Fury continued on his journey to success by fighting 11 times in 2013 beating fighters such as Ivica Perkovic, Dorian Darch and Shane Mcphilbin in his next 11 fights.

Ivica Perkovic was up next for Fury on July 12th, 2013. Fury continued with his winning streak by beating Perkovic. The 6 round fight ended in the 5th round via RTD crowning Fury as only the 8th to stop Perkovic. Another win followed for Fury taking his win tally to 8 wins.

Fury entered his next fight with 8 wins and took this to 9 with a win against Shane Mcphilbin on September 14th, 2013. Mcphilbin was stopped in the 1st round via RTD meaning Fury was the 2nd person to stop this opponent in his career.

Dorian Darch was beaten next on September 29th, 2013 meaning Fury could maintain his unbeaten streak. Showing his class against Darch, Fury was the 6th person to go the distance with this opponent. 4 wins followed for Fury including being the 3rd person to beat Danny Hughes, 4th person to stop David Gegeshidze and 8th person to stop Matthew Greer.

On October 27th, 2018, Fury took on and was defeated by Kubrat Pulev meaning his career tally went to 20-2-0 Fighting over a competitive 12 round bout, Fury was outclassed in his most recent outing taking a UD loss over the distance at the hands of Pulev. 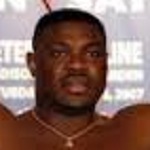