Born December 6th 1980, orthodox fighter Carlos Takam started his career in December 2005 at the age of 25 and has now been pro for 12 years, fighting a total of 41 times. Takam's longest KO streak is 9 fights long out of his 41 career fights.

Showing his superior boxing ability in an impressive debut, Takam picked up the win against Zine eddine Benmakhlouf and became only one of 3 people to have taken him the full 6 round distance. Following on from his debut, Takam continued his mostly successful career by fighting in a further 21 fights. In this time he fought Roman Kracik, Zine eddine Benmakhlouf and Daniel Bispo to name just a few, fighting once in 2005, 7 times in 2006 and 13 times between 2007 and 2010 in this period.

Takam went into his next fight against Gregory Tony on June 27th, 2009 with a career record of 18 wins. Taking the first setback of his career, the June 27th, 2009 Tony defeat went the full distance and ended via UD.

Keeping his losses at 1, Takam fought on October 24th, 2009 beating Roman Kracik via KO. This took his record to 19-1-0 showing quite the successful career to date. Kracik was stopped in the 1st round via KO meaning Takam was the first person to stop this opponent. 12 wins followed where Takam went on to fight Michael Grant, Tony Thompson and Frans Botha amongst others, prolonging his win streak.

On October 24th, 2014, Takam took on and was defeated by Alexander Povetkin meaning his career tally went to 30-2-1. Takam was beaten by Alexander Povetkin in the 10th round. The win came via KO in the 10th round. This was Takam's first stoppage defeat. Fights against boxers including Michael Sprott, George Arias and Marcelo luiz Nascimento followed where he won 4 fights taking his winning streak to 33 wins.

On October 28th, 2017, Takam took on and was defeated by Anthony Joshua meaning his career tally went to 35-4-1. Takam's fight against Anthony Joshua was Takam's 2nd stoppage defeat which came via TKO in the 10th round of the fight.

The next defeat of Takam's career came against Dereck Chisora on July 28th, 2018. This took his career record to 35-5-1. Takam struggled from the off with Chisora, suffering his 3rd stoppage defeat out of 41 career fights. The latest loss on Takam's journey came via TKO in round 8. 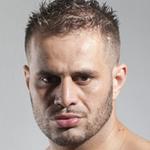 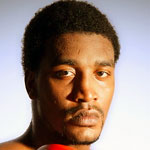 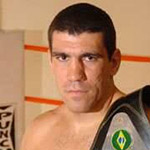