Starting off his pro career on December 2008 age 17, Juan carlos Sanchez jr has had a total of 27 fights - 21 wins, 5 losses, and 1 draws. 9 of the wins coming via stoppage. He started his best winning streak on December 2008 however, this came to an end on November 2009. In this period he won a total of 7 fights.

Staritng his career off in tremendous fashion in December 2008, Sanchez jr became the 23rd quickest fighter to have ever stopped Raul Ruiz. The fight ended in round 2 via TKO stoppage. Sanchez jr continued his pro journey, which was mostly successful at this point, by fighting 14 fights following his debut. Fights against boxers such as Juan francisco Estrada, Carlos joan gaspar Jacobo and Valentin Leon followed including once in 2008, 7 times in 2009 and 6 times through 2010 and 2011.

Sanchez jr lost to Daniel Rosas in his next fight. Taking place on February 6th, 2010, Sanchez jr's career record after this fight stood at 7-1-1. Daniel Rosas became the first person to stop and also the first to defeat Sanchez jr. The win came via TKO in the 2nd round of a 12 round bout. 7 wins followed where Sanchez jr went on to be the First to beat Juan francisco Estrada, 3rd person to beat Felipe Salguero and 6th person to defeat Jose guadalupe Martinez.

Sanchez jr kept his losses at 2 by beating Roberto domingo Sosa on June 8th, 2013. Sanchez jr showed his superior boxing skills to become the first person to beat Sosa. The judges scored the bout in favour of Sanchez jr by UD over the full 12 rounds. Sanchez jr then went on to win again against Darwin Zamora setting him up well for his next pro fight.

On January 23rd, 2016, Sanchez jr went into action again and beat Jhon Gemino taking the winning record to 21 wins. Sanchez jr secured the win over Gemino after the final bell via UD, resulting in Sanchez jr being the 5th person to defeat Gemino.

Sanchez jr's next defeat of his career came against Edivaldo Ortega on April 2nd, 2016. Opponent Ortega fought well and proved he was technically superior to Sanchez jr over the full 10 round fight. The fight came to a close after the final bell, Ortega the victor on the judges decision (UD), with Sanchez jr left wondering where his career will go next. 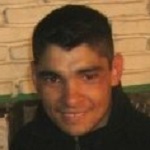