Juan francisco Estrada's debut fight took place on August 2008 when he was 18 years of age. His career has spanned 9 years to date and whilst he's now in the later stages of his career, he has amassed a record of 31-2-0 over the course of his 33 fight career. Estrada's longest KO streak is 12 fights long out of his 33 pro career fights.

In his debut fight, Estrada's became only the 4th fighter to go the distance with Sergio Chavez, winning by UD in round 4 of 4. Estrada then went on to win his next 17 fights - fighting 3 times in 2008 and 5 times in 2010 racking up wins against Jose guadalupe Martinez, Carlos joan gaspar Jacobo and Marino Montiel amongst others.

Estrada went into his next fight against Juan carlos Sanchez jr on May 14th, 2011 with a career record of 18 wins. Estrada's technical boxing ability was put to the test as he got outpointed in the 8 round fight against the better man. Sanchez jr gave Estrada his first professional loss of his 19 fight career to date. Estrada's win streak of 18 rose to 27 following 9 wins against boxers such as German Meraz, Juan carlos Sanchez jr, Brian Viloria and 6 others.

Estrada went into his next career fight with a record of 27-2-0 and took this to 28 wins with a win against Milan Melindo on July 27th, 2013. Estrada really made a statement in this fight, defeating Melindo via UD over the distance and crowning himself as the first person to defeat Melindo in his 29 fight career to date.

Estrada kept his losses at 2 by beating Richie Mepranum on April 26th, 2014. Estrada was the 2nd person to stop Richie and he did it in the 10th round via TKO.

Estrada went into his next career fight with a record of 29-2-0 and took this to 30 wins with a win against Giovani Segura on September 6th, 2014. Becoming the 2nd fighter to stop Segura, Estrada beat Segura via TKO in the 11th round of a 12 round fight. 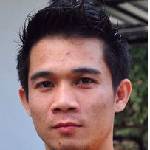