Born August 14th 1979, orthodox fighter Denis Lebedev started his career in February 2001 at the age of 21 and has now been pro for 16 years, fighting a total of 33 times. Between February 2001 and July 2010, Lebedev had his longest winning streak of 21 fights. In his 33 fights, his longest KO streak is 8 fights long.

Lebedev fought and defeated Teymuraz Kekelidze in a successful 6 round debut. The decision was left to the judges after the final bell in a UD result favouring Lebedev. Lebedev continued on his journey to success by fighting 5 times in 2001, 3 times in 2002 and 9 times between 2003 and 2009 beating fighters such as Eliseo Castillo, Archil Mezvrishvili and Sergey Karanevich in his next 17 fights.

The first defeat of Lebedev's career came against Marco Huck on December 18th, 2010. This took his career record to 21-1-0. On December 18th, 2010, Lebedev took on and was defeated over the distance by Marco Huck in his first career defeat. Lebedev lost via SD in a valiant effort. 3 wins followed for Lebedev including being the first to stop Shawn Cox, 4th person to stop Roy Jones jr. (Round 10 KO) and 7th person to defeat James Toney.

On September 27th, 2014, Lebedev was in action again with a win via KO against Pawel Kolodziej taking his mostly successful record to 26-1-1. Lebedev's fight against Pawel Kolodziej came in the 2nd round of a 12 round fight via KO. Lebedev became the first person to stop Kolodziej. Lebedev's winning streak went from 26 wins to 28 after he then defeated boxers including Youri Kayembre kalenga and Lateef Kayode.

Taking a knock to his career, Lebedev fought and was defeated by Murat Gassiev on December 3rd, 2016 taking his record to 29-2-1. There was nothing more Lebedev could have done on the night facing Gassiev. Gassiev put on a great performance to take the win over the 12 rounds.

Ensuring he added another win to his tally, Denis Lebedev defeated Mark Flanagan on July 9th, 2017 in his latest fight. Only the 5th man to defeat Flanagan, Lebedev made an impressive appearance in his latest outing, earning himself a UD win. 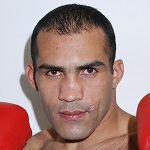