Although beaten, Shawn Cox has gained plenty of experience over 25 fights and a 8 year long career so far. He now moves on to see just how far he can go as he approaches the later stage of his career. He started his best winning streak on September 2007 however, this came to an end on September 2009. In this period he won a total of 9 fights.

In a great debut, Cox took on Julian Tannis in a 6 round fight, becoming the 8th person to stop Tannis in his 16 fight career to date. Cox continued his mostly successful career with numerous fights following his debut against boxers including Curtis Murray, Anthony Augustin and Ricardo Kellman. Fights included fighting 3 times in 2007, 4 times in 2008 and 6 times through 2009 and 2010.

The first defeat of Cox's career came against Salvatore Erittu on December 11th, 2009. This took his career record to 9-1-0. Cox's first defeat came over the full distance against Salvatore Erittu on December 11th, 2009. The fight went to the judges in a UD loss for Cox. Cox then went on to win a further 7 fights taking his record to 16 wins, 1 losses and 0 draws.

Taking another knock in his career, Denis Lebedev was next in line for Cox with Lebedev coming out victorious. Cox career was at 16-2-0 following the fight. Being outclassed early, Cox struggled to get going in this 12 round fight and received the first stoppage defeat of his career at the hands of Lebedev. The fight went 2 rounds before ending via a KO defeat. Cox's wins continued and went from 16 wins to 17 after he then defeated Kwesi Jones.

Cox's career took a knock with a loss against Danie Venter on September 21st, 2013 taking his record to 17-3-0. Cox failed to go into the later rounds with Venter, with Venter stopping him in the 1st round and becoming the 2nd person to stop Cox.

Cox lost to Zhang Junlong in his next fight. Taking place on May 29th, 2015, Cox's career record after this fight stood at 18-6-0. Cox's fight against Zhang Junlong was Cox's 5th stoppage defeat which came via KO in the 2nd round of the fight.

Taking another knock in his career, Cox fought Michal Cieslak on September 26th, 2015 and was defeated by Cieslak. Once again Cox was in a tough fight, one that proved to be a step too far in Cox's latest fight. Opponent Cieslak fought well and was rewarded with a win, and crowned only the 6th man to stop Cox in the process. The fight ended in round 1 via KO. 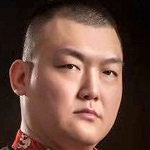