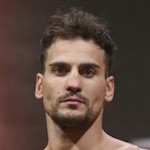 Born July 6th 1984, orthodox fighter Phil Lo greco started his career in April 2006 at the age of 21 and has now been pro for 12 years, fighting a total of 31 times. Lo greco's longest KO streak is 5 fights long out of his 31 career fights.

Lo greco didn't take long to get comfortable in the pro game, becoming the first person to stop Derrick Jones (a 1 fight pro) via TKO in the 1st round. Lo greco continued on his journey to success by fighting 8 times in 2006 and once in 2008 beating fighters such as Luiz augusto Dos santos, Antonio Soriano and Frank Houghtaling in his next 15 fights.

Slawomir Ziemlewicz was up next for Lo greco on June 18th, 2010. Lo greco continued with his winning streak by beating Ziemlewicz. Becoming the first person to stop Slawomir Ziemlewicz, Lo greco beat Ziemlewicz via KO in the 9th round of a 12 round fight. Lo greco then went on to win a further 5 fights taking his record to 25 wins, 0 losses and 0 draws.

On May 18th, 2013, Lo greco took on and was defeated by Shawn Porter in his first career defeat meaning his career tally went to 25-1-0. Lo greco's first defeat came over the full distance against Shawn Porter on May 18th, 2013. The fight went to the judges in a UD loss for Lo greco. Taking his record to 26-1-0. Lo greco then went on to win his next fight against Rafael Cobos.

Lo greco went into his next fight against Errol Spence jr on June 20th, 2015 with a career record of 26-2-0. Being outclassed early, Lo greco struggled to get going in this 10 round fight and received the first stoppage defeat of his career at the hands of Spence jr. The fight went 3 rounds before ending via a TKO defeat.

Lo greco kept his losses at 2 by beating Pablo Munguia on October 13th, 2015. The 8 round fight ended in the 5th round via RTD crowning Lo greco as only the 5th to stop Munguia.

On April 21st, 2018, Lo greco took on and was defeated by Amir Khan meaning his career tally went to 27-3-0 Lo greco struggled from the off with Khan, suffering his 2nd stoppage defeat out of 31 career fights. The latest loss on Lo greco's journey came via TKO in round 1. 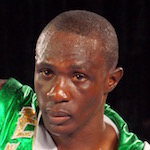