Although beaten, Kirill Relikh has gained plenty of experience over 23 fights and a 6 year long career so far. He now moves on to see just how far he can go as he approaches the later stage of his career. Relikh's longest KO streak is 12 fights long out of his 23 career fights.

In an impressive debut, Relikh kept his calm and defeated Alexey Naboischikov over 4 rounds via a judges decision. This was only the 3rd time Naboischikov had been taken the full distance. Continuing on from his successful debut, Relikh continued his winning streak by winning his next 12 fights. In this time he fought and beat Artem Ayvazidi, Anzor Gamgebeli and Rustam Zhuraboev to name just a few, fighting 5 times in 2011 and 2 times in 2013.

Keeping his losses at zero, Relikh fought on April 17th, 2012 beating Rakhim Minhalieyev. The 8 round fight ended in the 3rd round via RTD crowning Relikh as only the 12th to stop Minhalieyev in his career. Relikh's wins continued and went from 8 wins to 9 after he then defeated Yauheni Kruhlik.

Next was Christian ariel Lopez on October 2nd, 2015 where Relikh took the win continuing his unbeaten streak. Becoming the first person to stop Christian ariel Lopez, Relikh beat Lopez via TKO in the 5th round of a 12 round fight. Relikh then went on to face Joaquim Carneiro where he added another win to his tally.

On October 7th, 2016, Relikh took on and was defeated by Ricky Burns in his first career defeat meaning his career tally went to 21-1-0. Coming into the fight with high confidence Relikh fought his next fight against Ricky Burns on October 7th, 2016. Unfortunately, Relikh was outclassed and lost the decision on the judges scorecards taking his record to 21-1-0.

Taking another knock in his career, Relikh fought Rances Barthelemy on May 20th, 2017 and was defeated by Barthelemy. Fighting over a competitive 12 round bout, Relikh was outclassed in his most recent outing taking a UD loss over the distance at the hands of Barthelemy. 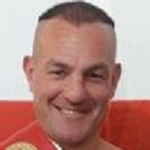 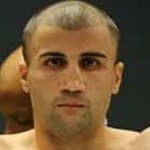