Carneiro's first fight came against Isak Tavares where Carneiro became only the 4th person to stop Tavares, stopping him in round 3 to claim his first pro fight stoppage and an almost perfect start to his career. Carneiro continued his mostly successful career with numerous fights following his debut against boxers including Denis De barros, Isak Tavares and Edgard Dos santos. Fights included fighting once in 2007, 4 times in 2008 and 11 times through 2009, 2010 and 2011.

Taking a knock to his career, Carneiro fought and was defeated by Luciano leonel Cuello on March 22nd, 2013 taking his record to 13-6-0. Carneiro was stopped by Luciano leonel Cuello in the 8th round of a 12 round fight via RTD. It was Carneiro's 3rd stoppage defeat in his career. Carneiro then went on to win a further 11 fights taking his record to 23 wins, 7 losses and 0 draw.

Carneiro lost to Kirill Relikh in his next fight. Taking place on May 13th, 2016, Carneiro's career record after this fight stood at 23-8-0. Carneiro fought Kirill Relikh and was defeated via RTD in the 10 round bout. This was Carneiro's 5th stoppage defeat in his career which came in the 4th round.

Carneiro's next defeat of his career came against Joel Diaz jr on June 11th, 2016. A great performance by opponent Diaz jr added a 6th stoppage defeat to Carneiro's career. Carneiro was outmatched and the fight was brought to a halt in round 3 via RTD. 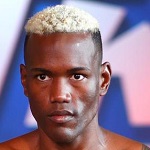