Regis Prograis started his career aged 32 on April 2012. After 17 fights, Prograis remains unbeaten with no sign of being beaten after building up his record of 17 wins and a career lasting 4 years so far. Prograis's longest win streak is 17 fights between April 2012 and July 2018. His longest KO streak in his 17 fights is 6 fights long.

Prograis proved he was made for the pro ranks in his debut against Carl Almirol, becoming the first person in Almirol's 1 fights to stop him. The fight ended in round 1 of 4. Prograis's win streak continued to amass with 9 wins against fighters such as Miguel Alvarez, Felipe Reyes and Adauto Gonzalez.

Next was Abel Ramos on December 11th, 2015 where Prograis took the win continuing his unbeaten streak. Becoming the first person to stop Abel Ramos, Prograis beat Ramos via RTD in the 8th round of a 10 round fight.

Keeping his losses at zero, Prograis fought on June 9th, 2017 beating Joel Diaz jr. Diaz jr proved to be no match for Prograis, and Prograis became the first person to stop Diaz jr via TKO during round 2.

Furthering his career, Prograis fought Julius Indongo on March 9th, 2018 and advanced his winning streak to 16 wins. The win came in the 2nd round of a 12 round fight via TKO. Prograis was the 2nd person to stop Julius in his career.

Regis Prograis retained his unbeaten record in his most recent fight by beating Juan jose Velasco on July 14th, 2018, increasing his record to 17 wins. Prograis showed his exceptional talent against Velasco becoming the first of 6 fighters to stop him. The win came for Prograis in the 8th via TKO. Prograis now moves up the ladder to greater things. 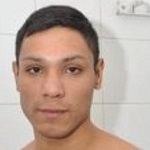