Wilfrido Buelvas started off his pro career aged 22 and currently has a record of 16-4-0. Buelvas now looks to build on the experience gained in his first 20 fights. Buelvas's longest KO streak is 3 fights long out of his 20 career fights.

Getting rid of his debut fight nerves early, Buelvas took on Winston Cordoba in April 2011 and claimed a stoppage victory (round 2, KO). Buelvas was the first person to have ever stopped Cordoba. Buelvas continued on his career with fights against boxers including Julio Gomez, Winston Cordoba and Joel Cassiani. Fights included suffered his first defeat at the hands of Walter Estrada, 3rd person to go the distance with Esteban Otero and first to stop Winston Cordoba in this time.

Victor Gonzalez was the next fight for Buelvas on May 24th, 2013 and also his next career win. Showing his class against Gonzalez, Buelvas was the 2nd person to go the distance with this opponent.

Buelvas went into his next fight against Aaron Herrera on January 31st, 2015 with a career record of 15-4-0. A valiant but fruitless effort for Buelvas. Buelvas fell just short and was defeated by Herrera over the full 8 round distance.

Wilfrido Buelvas went into his fight with Pascual Salgado on April 11th, 2015 with 15 wins and he added another win to his record taking it to 16 wins by beating Salgado. Ending via KO, Buelvas became the 4th fighter to stop Salgado. The defeat came in the 3rd round of a 10 round fight. 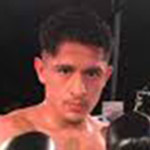