Giovanni Santillan started his career aged 30 on May 2012. After 16 fights, Santillan remains unbeaten with no sign of being beaten after building up his record of 16 wins and a career lasting 2 years so far. He started his best winning streak on May 2012 however, this came to an end on July 2017. In this period he won a total of 16 fights.

Showing his superior boxing ability in an impressive debut, Santillan picked up the win against Imarjoe Miller and became only one of 3 people to have taken him the full 4 round distance. Continuing on from his winning debut, Santillan's winning streak continued with wins against fighters included Jesus Mendez, Yair Aguiar and Peter Haro fighting 6 times in 2012 and 2 times in 2013.

Next was Jesus Mendez on May 17th, 2013 where Santillan took the win continuing his unbeaten streak. Santillan was the 4th person to go the distance with Mendez. Santillan fought Jesus Mendez in 2013, the result was via UD. Santillan then went on to win a further 6 fights taking his record to 14 wins, 0 losses and 0 draws.

On October 24th, 2014 Santillan fought and beat Luis Solis (15-4-4) to continue his unbeaten streak. Santillan's UD win against Luis Solis came via judges decision of a 8 round fight. Santillan became the 5th person to defeat Solis and secured a great win.

Giovanni Santillan retained his unbeaten record in his most recent fight by beating Sammy Valentin on July 7th, 2017, increasing his record to 16 wins. Santillan showed his exceptional talent against Valentin becoming the first of 3 fighters to stop him. The win came for Santillan in the 2nd via TKO. Santillan now moves up the ladder to greater things. 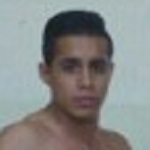