Josh Warrington, aged 18 started his pro career on May 2018 against Delroy Spencer where he started his current unbeaten streak as he moves mid way into his current 27 fight career. He started his best winning streak on October 2009 however, this came to an end on May 2018. In this period he won a total of 27 fights.

Warrington fought and defeated Delroy Spencer in a successful 4 round debut. The decision was left to the judges after the final bell in a PTS result favouring Warrington. Warrington rise in boxing continued with 14 wins against fighters such as Jamie Speight, Marc Callaghan and Chris Male.

Chris Male was up next for Warrington on November 9th, 2012. Warrington continued with his winning streak by beating Male. A great showing of his boxing ability, Warrington became the first person to beat Chris Male, beating him over the 10 round distance resulting in a UD victory. Warrington took on another 2 opponents next, racking up wins against Ian Bailey and Jamie Speight.

Patrick Hyland was up next for Warrington on July 30th, 2016. Warrington continued with his winning streak by beating Hyland. The 12 round fight ended in the 9th round via TKO crowning Warrington as only the 2nd to stop Hyland. Warrington's wins continued and went from 24 wins to 25 after he then defeated Kiko Martinez.

Dennis Ceylan was beaten next on October 21st, 2017 meaning Warrington could maintain his unbeaten streak. Warrington's fight against Dennis Ceylan came in the 10th round of a 12 round fight via TKO. Warrington became the first person to stop Ceylan.

Lee Selby was beaten by Josh Warrington in Warrington's most recent fight on May 19th, 2018 to ensure his unbeaten run continued. Warrington out-boxed Selby over 12 rounds in his most recent performance, taking the win via SD and moving on to bigger and better things. 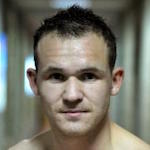