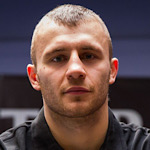 Szeremeta, aged 23, started his career on December 2012. Although still relatively close to the start of his career, his record stands at 8 wins and will hopefully continue to rise. The longest KO streak that Szeremeta has ever had is 1 throughout his 8 fights and his longest winning streak is 8 wins. This started on December 2012 and came to an end on October 2014.

Ready to showcase his talent in the pro ranks, Szeremeta defeated Janos Lakatos over 4 rounds in his debut to secure his first win (PTS) against a durable Lakatos. Taking his record to 4 wins, Szeremeta won his next 4 fights continuing his successful career.

Next was Ivo Gogosevic on March 15th, 2014 where Szeremeta took the win continuing his unbeaten streak. Gogosevic was a worthy challenger but Szeremeta was too much and became the first person to stop Gogosevic via TKO during round 3.

Kamil Szeremeta retained his unbeaten record in his most recent fight by beating Howard Cospolite on October 18th, 2014, increasing his record to 8 wins. Only the 4th man to defeat Cospolite, Szeremeta made an impressive appearance in his latest outing, earning himself a UD win. 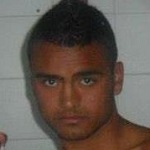