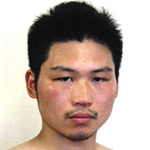 Although Takashi Miura has been beaten in his career, with a fight count of 37 fights and a 14 year long career he approaches the end of his career with a record of 31-4-2. He made his debut in July 2003 at the age of 19. The longest win streak that Miura has ever recorded was between July 2003 and May 2015 when it totaled 9 wins. Miura's longest KO streak is 5 fights long.

In his debut fight, Miura's became only the 5th fighter to go the distance with Yutaka Sato, winning by UD in round 6 of 6. Miura's rise in boxing continued with 19 fights against fighters such as Kentaro Ogura, Yoshimitsu Yashiro and Hidekazu Matsunobu. He had a mixed start to his career but mostly successful so far.

Miura went into his next career fight with a record of 15-1-2 and took this to 16 wins with a win against Yoshimitsu Yashiro on July 4th, 2009. Miura was the first person to stop Yoshimitsu Yashiro and he did it in the 7th round via TKO. Fights against Seiichi Okada, Masayuki Koguchi, Hiroto Takeshita and 1 other followed where he won all 4 fights taking his winning streak to 20 wins.

Miura went into his next fight against Takashi Uchiyama on January 31st, 2011 with a career record of 20-2-2. Uchiyama was a fight too far for Miura and after a rough fight Uchiyama became the first person to stop Miura in round 8. Miura then went on to win a further 9 fights taking his record to 29 wins, 2 losses and 2 draws.

Miura lost to Francisco Vargas in his next fight. Taking place on November 21st, 2015, Miura's career record after this fight stood at 29-3-2. Miura was beaten by Francisco Vargas in the 9th round. Miura had only ever been stopped 2 times previously in his career. Miura's wins continued and went from 29 wins to 30 after he then defeated Jimmy Borbon.

Miura kept his losses at 3 by beating Miguel Roman on January 28th, 2017. The win against Roman came in the 12th round of a 12 round fight via KO. Miura was the 2nd person to stop Roman.