Although Carlos Molina has been beaten in his career, with a fight count of 34 fights and a 12 year long career he approaches the end of his career with a record of 26-6-2. He made his debut in October 2003 at the age of 20. He started his best winning streak on October 2003 however, this came to an end on June 2009. In this period he won a total of 9 fights.

Staritng his career off in tremendous fashion in October 2003, Molina became the 12th quickest fighter to have ever stopped James Rice. The fight ended in round 4 via TKO stoppage. Molina continued his mostly successful career with numerous fights following his debut against boxers including Donald Camarena, Luciano Perez and Cedrick Armstrong. Fights included fighting once in 2003, 4 times in 2004 and 12 times between 2005 and 2008.

Next was Nick Farrow on April 1st, 2004 where Molina took the win continuing his unbeaten streak. Nick Farrow was Molina's next opponent of his career in 2004. The fight was scheduled for 6 and Molina was the 2nd person to go the distance with Farrow.

Joe Lynch was the next fight for Molina on January 14th, 2005 and also his next career win. Molina was the 3rd person to go the distance with Lynch. Molina fought Joe Lynch in 2005, the result was via UD.

On December 1st, 2006, Molina took on and was defeated by Wayland Willingham meaning his career tally went to 8-3-1. Wayland Willingham was the next opponent of Molina's career in 2006. The fight was scheduled for 8 and Molina was the 5th person to go the distance with Willingham resulting in a loss for Molina. Fights against boxers including Jailer Berrio, Donald Camarena and Roberto Valenzuela followed where he won 7 fights taking his winning streak to 14 wins.

On February 13th, 2009, Molina went into action again and beat Alexis Camacho taking the winning record to 15 wins. Showing his class against Camacho, Molina was the 3rd person to go the distance with this opponent. 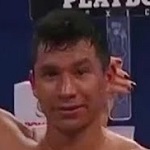 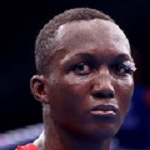 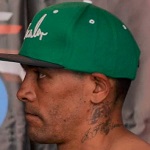 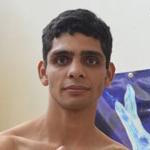 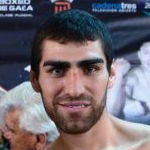