In his debut fight, El mousaoui's became only the 2nd fighter to go the distance with Kevin Mpiga, winning by PTS in round 4 of 4. Continuing on from his debut, El mousaoui had an impressive start to his career as he went on to fight 12 fights including 5 times in 2009 and 3 times in 2011 against fighters such as Benjamin Poitou, Barthelemy Lefebvre and Sebastien Allais.

On July 29th, 2011, El mousaoui took on and was defeated by Dieudonne Belinga in his first career defeat meaning his career tally went to 10-1-0. Taking the first setback of his career, the July 29th, 2011 Belinga defeat went the full distance and ended via MD. El mousaoui continued his success in the next 11 fights taking his record to 20 wins, 1 losses and 1 draws.

The wins continued with the defeat of Fouad El massoudi on March 12th, 2016 in El mousaoui's most recent fight taking his winning record to 21 wins. Only the 7th man to defeat El massoudi, El mousaoui made an impressive appearance in his latest outing, earning himself a MD win. 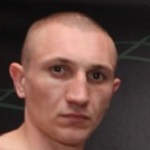 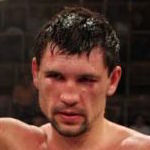