Ricky Sismundo's debut fight took place on June 2006 when he was 19 years of age. His career has spanned 9 years to date and whilst he's now in the later stages of his career, he has amassed a record of 27-8-2 over the course of his 37 fight career. Sismundo's longest KO streak is 3 fights long out of his 37 career fights.

Getting rid of his debut fight nerves early, Sismundo took on Nono Paris in June 2006 and claimed a stoppage victory (round 1, TKO). Sismundo was the first person to have ever stopped Paris. Sismundo continued his pro journey, which was mostly successful at this point, by fighting 19 fights following his debut. Fights against boxers such as Yohannes Yordan, Darryl Pucdol and Reman Salim followed including 4 times in 2006, 7 times in 2007 and 7 times through 2008 and 2009.

Unfortunately, the first defeat of Sismundo's career came against Franklin Albia on September 23rd, 2006 in Sismundo's 4th professional fight. Sismundo's technical boxing ability was put to the test as he got outpointed in the 6 round fight against the better man. Albia gave Sismundo his first professional loss of his 4 fight career to date. Fights against boxers including Dexter Mendoza, Mark gil Melligen and Roland Econas followed where he won 4 fights taking his winning streak to 8 wins.

On August 25th, 2007, Sismundo took on and was defeated by Weng Haya meaning his career tally went to 8-2-0. Sismundo's fight against Weng Haya was Sismundo's first stoppage defeat. This came via TKO in the 5th round of a 10 round fight. Sismundo continued his success in the next 9 fights taking his record to 16 wins, 3 losses and 0 draws.

On August 15th, 2009, Sismundo took on and was defeated by Daud cino Yordan meaning his career tally went to 16-4-0. Sismundo's fight against Daud cino Yordan was Sismundo's 2nd stoppage defeat which came via RTD in the 10th round of the fight. Sismundo continued his success in the next 6 fights taking his record to 21 wins, 5 losses and 0 draws.

Billy Dib was next in line for Sismundo where unfortunately, he was defeated on March 12th, 2011 taking his record to 21-6-0. Sismundo was beaten by Billy Dib in the 8th round. Sismundo had only ever been stopped 3 times previously in his career. Fights against boxers including Fernando Otic, Jaime Barcelona and Balweg Bangoyan followed where he won 8 fights taking his winning streak to 27 wins.

Ricky Sismundo went into his fight with Dierry Jean on May 13th, 2016 with 27 wins and he added another win to his record taking it to 27 wins by beating Jean. This was a step up in class but with an inconclusive ending, Dierry Jean went the distance with Sismundo over 8 rounds to a SD draw. 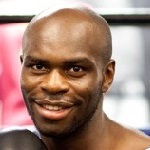