Aged 21, Nakatani started his career on June 2011. His unbeaten record stands at 8 wins and shows no signs of stopping anytime soon. Nakatani's longest KO streak is 4 fights long out of his 8 career fights.

In June 2011 Nakatani faced Katsuhisa Shiokawa in his debut bout over 4 rounds, but only 4 were needed as Nakatani became the quickest person ever to stop Shiokawa via a 4 round TKO victory. Continuing on from his successful debut, Nakatani won his next 4 fights taking his record to 4 wins.

On August 12th, 2012, Nakatani was in action again beating Ronnel Esparas taking his win streak to 4 wins. The win happened in the 1st round of a 8 round fight via KO. Nakatani then went on to win again against Nampol Sor chantasith setting him up well for his next pro fight.

On July 25th, 2013, Nakatani was in action again beating Shuhei Tsuchiya taking his win streak to 6 wins. The win came in the 3rd round of a 8 round fight via KO. Nakatani was the 2nd person to stop Shuhei in his career.

Nakatani then went on to fight and beat Yoshitaka Kato on January 11th, 2014 maintaining his unbeaten record. In 2014 Nakatani fought his next opponent in Yoshitaka Kato. A challenging 12 round fight that ended in Nakatani's favour as the judges awarded Nakatani the MD victory. Nakatani was the 5th person to defeat Kato.

The unbeaten run continued with the defeat of Ricky Sismundo in his latest fight on May 7th, 2014, taking his winning record to 8 wins. Keeping his record on track, Nakatani showed his boxing ability in his most recent fight, taking Ricky Sismundo the distance and securing a UD decision victory in a 12 round fight. 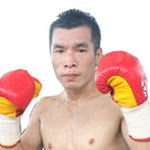