Although beaten, Gary O'sullivan has gained plenty of experience over 24 fights and a 7 year long career so far. He now moves on to see just how far he can go as he approaches the later stage of his career. The longest win streak that O'sullivan has ever recorded was between January 2008 and May 2013 when it totaled 16 wins. O'sullivan's longest KO streak is 5 fights long.

Staritng his career off in tremendous fashion in January 2008, O'sullivan became the 11th quickest fighter to have ever stopped Peter Dunn. The fight ended in round 6 via TKO stoppage. Continuing on from his successful debut, O'sullivan continued his winning streak by winning his next 12 fights. In this time he fought and beat Marcin Piatkowski, Idiozan Matos and Ciaran Healy to name just a few, fighting 6 times in 2008, 4 times in 2009 and 2 times through 2010 and 2011.

On May 21st, 2011 O'sullivan fought and beat Ryan Clark (1-32-4) to continue his unbeaten streak. The win against Clark came in the 1st round of a 4 round fight via KO. O'sullivan was the 2nd person to stop Clark. 4 wins followed for O'sullivan including being the first to stop Robert Long, 6th person to stop Tadas Jonkus and 6th person to beat Matthew Hall.

O'sullivan entered his next fight with a mostly successful record of 20-1-0 and took this to 21 wins with a win against Melvin Betancourt on May 23rd, 2015 via KO. Betancourt was stopped in the 2nd round via KO meaning O'sullivan was the 2nd person to stop this opponent in his career.

Keeping his losses at 1, O'sullivan fought on October 10th, 2015 beating David Toribio via KO. This took his record to 22-1-0 showing quite the successful career to date. O'sullivan was the 8th person to stop David and he did it in the 2nd round via KO. The fight was due to last 10 rounds.

O'sullivan's next defeat of his career came against Chris Eubank jr on December 12th, 2015. Opponent Eubank jr fought a great fight in O'sullivan's most recent bout, one that O'sullivan had no answers for. Eubank jr became the first person to stop O'sullivan in an upsetting 7th round RTD defeat for O'sullivan. 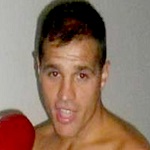