Ezequiel osvaldo Maderna started off his pro career aged 22 and currently has a record of 23-3-0. Maderna now looks to build on the experience gained in his first 26 fights. The longest win streak that Maderna has ever recorded was between December 2008 and December 2012 when it totaled 19 wins. Maderna's longest KO streak is 8 fights long.

In an impressive debut, Maderna kept his calm and defeated Guillermo pablo Armani over 4 rounds via a judges decision. This was only the 3rd time Armani had been taken the full distance. Maderna then went on to win his next 13 fights - fighting 2 times in 2008, 6 times in 2009 and 5 times through 2010 and 2011 racking up wins against Ruben eduardo Acosta, Crispulo javier Andino and Richard emanuel Moray martinez amongst others.

Maderna went into his next fight against Edwin Rodriguez on March 30th, 2013 with a career record of 19 wins. Taking the first setback of his career, the March 30th, 2013 Rodriguez defeat went the full distance and ended via UD. Fights against boxers Arnaldo alcides Benitez followed taking his record to 20-2-0

Taking another knock in his career, Artur Beterbiev was next in line for Maderna with Beterbiev coming out victorious. Maderna career was at 22-3-0 following the fight. Taking a huge blow to Maderna's confidence, Beterbiev proved to be too much and stopped Maderna early, becoming the first person to defeat Maderna via stoppage.

In Maderna's most recent fight, Walter gabriel Sequeira was handed a beating by Maderna on September 17th, 2016 to ensure his win record increased further again to 23 wins. Maderna showed his exceptional talent against Sequeira becoming the first of 21 fighters to stop him. The win came for Maderna in the 6th via KO. Maderna now moves up the ladder to greater things. 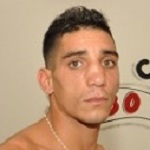 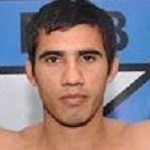 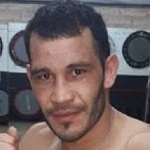