Although beaten, Edwin Rodriguez has gained plenty of experience over 30 fights and a 8 year long career so far. He now moves on to see just how far he can go as he approaches the later stage of his career. The longest KO streak that Rodriguez has ever had is 5 throughout his 30 fights and his longest winning streak is 24 wins. This started on January 2008 and came to an end on July 2013.

An explosive pro debut saw Rodriguez face Samuel Ortiz gomez in a 4 round debut fight. Edwin became only the 2nd person to stop Ortiz gomez shy of the full distance, stopping him in the 1st. Continuing on from his successful debut, Rodriguez continued his winning streak by winning his next 15 fights. In this time he fought and beat Kevin Engel, Hector Hernandez and George Armenta to name just a few, fighting 8 times in 2008 and 2 times in 2010.

Keeping his losses at zero, Rodriguez fought on March 19th, 2010 beating George Armenta. Armenta proved to be no match for Rodriguez, and Rodriguez became the first person to stop Armenta via KO during round 1. 10 wins followed for Rodriguez including being the first to stop Denis Grachev, first to stop Jason Escalera and First to beat Ezequiel osvaldo Maderna.

Furthering his career, Rodriguez fought Craig Baker on May 23rd, 2015 and continued his career to a record of 27-1-0. The win came via TKO. Baker proved to be no match for Rodriguez, and Rodriguez became the first person to stop Baker via TKO during round 3.

Rodriguez entered his next fight with a mostly successful record of 27-1-0 and took this to 28 wins with a win against Michael Seals on November 13th, 2015 via TKO. Seals was stopped in the 3rd round via TKO meaning Rodriguez was the first person to stop this opponent.

Rodriguez went into his next fight against Thomas Williams jr on April 30th, 2016 with a career record of 28 wins. This bout proved to be the toughest of Rodriguez's 30 career fights to date. Williams jr was too skilful and took 2 rounds to dispose of Rodriguez. This was Rodriguez's first stoppage defeat as he looks to move on and rebuild going forwards. 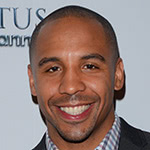