Born January 7th 1976, orthodox fighter Vic Darchinyan started his career in November 2000 at the age of 24 and has now been pro for 15 years, fighting a total of 52 times. Between November 2000 and March 2007, Darchinyan had his longest winning streak of 28 fights. In his 52 fights, his longest KO streak is 11 fights long.

It didn't take Darchinyan long to get accustomed to the pro style of fighting. Becoming the first person to go the distance with Sande Kizito in a successful pro debut. Darchinyan continued on his journey to success by fighting once in 2000, 7 times in 2001 and 18 times between 2002 and 2006 beating fighters such as Irene Pacheco, Alejandro Montiel and Luis Maldonado in his next 26 fights.

Darchinyan went into his next career fight with a record of 29-1-1 and took this to 30 wins with a win against Dmitry Kirillov on August 2nd, 2008. Kirillov was stopped in the 5th round via KO crowning Darchinyan as the first person to stop this opponent.

Keeping his losses at 8, Darchinyan fought on December 12th, 2015 beating Cris Paulino via RTD. This took his record to 42-8-1 showing quite the successful career to date. Darchinyan was the 3rd person to stop Cris and he did it in the 2nd round via RTD. The fight was due to last 10 rounds.

On July 16th, 2016, Darchinyan took on and was defeated by Sergio Frias meaning his career tally went to 42-9-1 Darchinyan struggled from the off with Frias, suffering his 5th stoppage defeat out of 52 career fights. The latest loss on Darchinyan's journey came via KO in round 2. 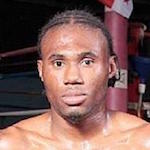