Having started off in the pro game in January 2006 and having built a perfect unbeaten record of 24-0-2, Yamanaka (age 39) now looks to move into the later stages of his career and step up against some of the top prospects in the division. The longest win streak that Yamanaka has ever recorded was between January 2006 and September 2016 when it totaled 19 wins. Yamanaka's longest KO streak is 9 fights long.

In a successful debut, Yamanaka fought Hitoshi Takahashi in a 6 round fight defeating him over the distance and becoming only the 7th person to defeat Takahashi. Yamanaka's rise in boxing continued with 13 fights against fighters such as Toyoto Shiraishi, Yuta Uetani and Yoichi Oguma. He had a mixed start to his career but mostly successful so far.

On June 20th, 2010, Yamanaka went into action again and beat Mikio Yasuda taking the winning record to 12 wins. Yasuda was a worthy challenger but Yamanaka was too much and became the first person to stop Yasuda via TKO during round 7. Fights against Christian Esquivel, Tomas Rojas, Vic Darchinyan and 2 others followed where he won all 5 fights taking his winning streak to 17 wins.

Yamanaka went into his next career fight with a record of 17-0-2 and took this to 18 wins with a win against Malcolm Tunacao on April 8th, 2013. Becoming the 2nd fighter to stop Tunacao, Yamanaka beat Tunacao via TKO in the 12th round of a 12 round fight. Taking his record to 19-0-2. Yamanaka then went on to win his next fight against Jose Nieves.

Yamanaka kept his losses at 0 by beating Alberto Guevara on November 10th, 2013. Yamanaka was the first person to stop Alberto Guevara and he did it in the 9th round via KO. Racking up wins against Stephane Jamoye and Suriyan Kaikanha, Yamanaka went on to fight and win these next 2 fights.

Yamanaka kept his losses at 0 by beating Anselmo Moreno on September 22nd, 2015. In 2015 Yamanaka fought his next opponent in Anselmo Moreno. A challenging 12 round fight that ended in Yamanaka's favour as the judges awarded Yamanaka the SD victory. Yamanaka was the 4th person to defeat Moreno.

The wins continued with the defeat of Anselmo Moreno on September 16th, 2016 in Yamanaka's most recent fight taking his winning record to 24 wins. The most recent outing for Yamanaka proved one that was easier than expected. Moreno was left wanting as the fight ended in round 7 of 12 (TKO). Yamanaka now moves on to hopefully face some of the bigger names in the division. 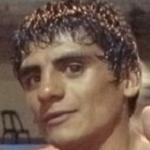