Johnson, aged 20, started his career on December 2013. Although still relatively close to the start of his career, his record stands at 8 wins and will hopefully continue to rise. Between December 2013 and September 2014, Johnson had his longest winning streak of 8 fights. In his 8 fights, his longest KO streak is 3 fights long.

An explosive pro debut saw Johnson face Phillip Lars in a 4 round debut fight. Eric became only the 6th person to stop Lars shy of the full distance, stopping him in the 1st. Johnson's rise through the ranks continued with 4 wins against fighters such as Phillip Lars, Randy Cheramie and Phillip Hammac. This took his record to 4 wins.

Ensuring he remained unbeaten, Eric Johnson defeated Rashawn Mccain on September 20th, 2014 in his most recent fight. In 2014 Johnson fought and defeated his next opponent Rashawn Mccain. In a successful fight, Johnson was the 3rd person to go the distance with Mccain. 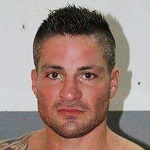