Showing his superior boxing ability in an impressive debut, Adams picked up the win against Erin Beach and became only one of 2 people to have taken him the full 4 round distance. Continuing on from his winning debut, Adams's winning streak continued with wins against fighters included Erin Beach, Yair Aguiar and Miguel Lopez fighting 4 times in 2011 and 4 times in 2012.

Fights against Rafael Ortiz, Miguel Lopez, Francisco Rios gil and 8 others followed where he won all 11 fights taking his winning streak to 12 wins. February 28th, 2014

Daniel Edouard was beaten next on February 28th, 2014 meaning Adams could maintain his unbeaten streak. The win against Edouard came in the 4th round of a 6 round fight via RTD. Adams was the 3rd person to stop Edouard. Adams then went on to face Raymond Gatica where he added another win to his tally.

Adams's next defeat of his career came against John Thompson on May 22nd, 2015. Adams's 16 fight experience wasn't enough to prepare him for his most recent outing, Thompson outclassed Adams from the start and became the first to stop Adams in round 2 of 10 via TKO. Adams looks to move on and rebuild from here. 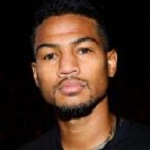