Patrick Day started his career aged 30 on January 2013. After 10 fights, Day remains unbeaten with no sign of being beaten after building up his record of 9 wins and a career lasting 2 years so far. Between January 2013 and August 2013, Day had his longest winning streak of 5 fights. In his 10 fights, his longest KO streak is 3 fights long.

An explosive pro debut saw Day face Zachariah Kelley in a 4 round debut fight. Patrick became only the 2nd person to stop Kelley shy of the full distance, stopping him in the 1st. Day built on his successful start to his career by fighting 5 times in 2013 which included fights against Zachariah Kelley, Yosmani Abreu and Donald Ward to name just a few.

Day then went on to fight and beat Donald Ward on August 14th, 2013 maintaining his unbeaten record. Day was the 4th person to go the distance with Ward. Day fought Donald Ward in 2013, the result was via UD.

On July 23rd, 2014, Day went into action again and beat Brad Jackson taking the winning record to 8 wins. Becoming the 5th fighter to stop Jackson, Day beat Jackson via TKO in the 2nd round of a 6 round fight.

Patrick Day added another win to his record by beating Felipe Reyes on October 15th, 2014, upping his record to 9 wins. Day was the 5th person to go the distance with Reyes in another successful bout. Day fought Felipe Reyes in 2014, the result was a solid win to Day. 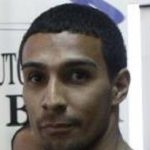