Although beaten, Anthony Upton has gained plenty of experience over 12 fights and a 4 year long career so far. He now moves on to see just how far he can go as he approaches the later stage of his career. Upton's longest KO streak is 1 fights long out of his 12 pro career fights.

In a successful debut, Upton fought Dan Carr in a 4 round fight defeating him over the distance and becoming only the 45th person to defeat Carr. Continuing on from his winning debut, Upton's winning streak continued with wins against fighters included Arek Malek, Kristian Laight and Radoslav Mitev fighting once in 2013 and 5 times in 2014.

On March 21st, 2014 Upton fought and beat Alec Bazza (0-1-1) to continue his unbeaten streak. Bazza was stopped in the 4th round via TKO crowning Upton as the first person to stop this opponent. Fights against Arek Malek, Lubos Priehradnik, Radoslav Mitev and 2 others followed where he won all 5 fights taking his winning streak to 7 wins.

Istvan Kiss was up next for Upton on May 16th, 2015. Upton continued with his winning streak by beating Kiss. The win against Kiss came in the 3rd round of a 6 round fight via KO. Upton was the 10th person to stop Kiss. Racking up wins against Mark Mckray and Liam Richards, Upton went on to fight and win these next 2 fights.

On April 21st, 2018, Upton took on and was defeated by Tyrone Mckenna meaning his career tally went to 10-2-0 This latest challenge for Upton proved to be too much for him, taking a PTS loss to the better technical fighter over the 10 rounds and leaving Upton wondering which direction his career will head next. 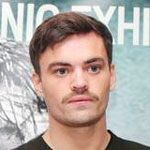 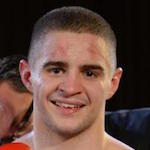