Rico Mueller started off his pro career aged 19 and currently has a record of 17-2-1. Mueller now looks to build on the experience gained in his first 20 fights. Mueller's longest win streak is 8 fights between June 2007 and October 2009. His longest KO streak in his 20 fights is 3 fights long.

Cristoph Woditschka was Mueller's next fight on December 15th, 2013 and also the next win in his career via RTD. This took his record to 16-1-1 showing a mainly successful career to date. Woditschka was stopped in the 4th round via RTD meaning Mueller was the first person to stop this opponent.

Mueller went into his next career fight with a record of 16-1-1 and took this to 17 wins with a win against Mateusz Citkowski on October 3rd, 2014. The win against Citkowski came in the 1st round of a 6 round fight via TKO. Mueller was the 2nd person to stop Citkowski.

On October 21st, 2016, Mueller took on and was defeated by Jeff Horn meaning his career tally went to 17-2-1 Mueller never really got going in his latest fight vs Horn. Horn was the better man and became the first fighter to stop Mueller in a round 9 TKO shutout. 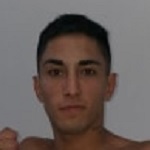