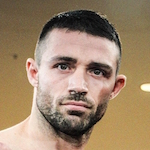 Giovanni De carolis's debut fight took place on November 2007 when he was 23 years of age. His career has spanned 8 years to date and whilst he's now in the later stages of his career, he has amassed a record of 24-7-1 over the course of his 32 fight career. De carolis's longest KO streak is 4 fights long out of his 32 pro career fights.

In November 2007 De carolis faced Marian Tomcany in his debut bout over 6 rounds, but only 2 were needed as De carolis became the quickest person ever to stop Tomcany via a 2 round TKO victory. De carolis continued his mostly successful career with numerous fights following his debut against boxers including Janos Petrovics, Sandor Ramocsa and Michael Recloux. Fights included fighting 3 times in 2007, 7 times in 2008 and 6 times through 2009 and 2010.

The first defeat of De carolis's career came against Max Bursak on June 14th, 2008. This took his career record to 6-1-0. Max Bursak became the first person to stop De carolis. The win came via TKO in the 8th round of a 10 round bout. De carolis then went on to win a further 18 fights taking his record to 20 wins, 5 losses and 0 draw.

De carolis kept his losses at 5 by beating Ivan Stupalo on March 28th, 2014. Stupalo was stopped in the 4th round via KO crowning De carolis as the first person to stop this opponent. Racking up wins against Mouhamed ali Ndiaye and Geard Ajetovic, De carolis went on to fight and win these next 2 fights.

Furthering his career, De carolis fought Tyron Zeuge with the fight ending in a draw. This took De carolis's career record to 24-6-1. De carolis failed to get the decision against Tyron Zeuge, but at the same time avoided the loss. Both boxers fought to a draw (MD) over the 12 round bout.

On November 5th, 2016, De carolis took on and was defeated by Tyron Zeuge meaning his career tally went to 24-7-1 A great performance by opponent Zeuge added a 2nd stoppage defeat to De carolis's career. De carolis was outmatched and the fight was brought to a halt in round 12 via KO. 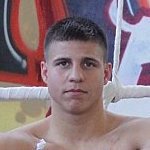