Jordan Gill, born July 1st 1994 made his debut in July 2012. After not putting a foot wrong in 12 fights so far and building an unbeaten record of 12-0-0 it's still unclear just how far Gill can go at the age of 28. The longest win streak that Gill has ever recorded was between July 2012 and July 2015 when it totaled 12 wins. Gill's longest KO streak is 2 fights long.

Gill then went on to fight and beat Aaron Flinn on October 26th, 2013 maintaining his unbeaten record. Flinn was stopped in the 1st round via KO meaning Gill was the 2nd person to stop this opponent.

Furthering his career, Gill fought Michael Stupart on February 1st, 2014 and advanced his winning streak to 9 wins. Gill was the 9th person to stop Michael and he did it in the 2nd round via TKO. The fight was due to last 8 rounds. Gill then went on to face Michael Mooney where he added another win to his tally.

Simas Volosinas was up next for Gill on September 20th, 2014. Gill continued with his winning streak by beating Volosinas. Gill was the 20th person to beat Simas Volosinas where he showed his talent as a technical boxer, beating him over 6 rounds in his 11th professional fight. 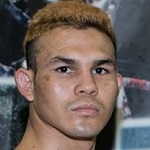