Born February 28th 1983 Rod Salka (aged 39) has built up a good career record of 20-4-0. With plenty of experience and now 24 fights as a pro, Salka hopes to move on to better things in future as he moves into the later stages of his career. He started his best winning streak on July 2007 however, this came to an end on June 2010. In this period he won a total of 11 fights.

Showing his superior boxing ability in an impressive debut, Salka picked up the win against Federico Flores jr and became only one of 2 people to have taken him the full 4 round distance. Salka continued his mostly successful career with numerous fights following his debut against boxers including Jose Caraballo, Ikem Orji and Victor Vasquez. Fights included fighting 3 times in 2007, 3 times in 2008 and 6 times through 2009 and 2010.

Pushing his career further, Salka fought Alexei Collado on April 18th, 2014 adding to his winning record. Salka showed his superior boxing skills to become the first person to beat Collado. The judges scored the bout in favour of Salka by UD over the full 10 rounds.

Taking another knock in his career, Danny Garcia was next in line for Salka with Garcia coming out victorious. Salka career was at 19-4-0 following the fight. Being outclassed early, Salka struggled to get going in this 10 round fight and received the first stoppage defeat of his career at the hands of Garcia. The fight went 2 rounds before ending via a KO defeat.

The wins continued with the defeat of Noel Echevarria on May 16th, 2015 in Salka's most recent fight taking his winning record to 20 wins. Salka beat Noel Echevarria in the 6th round of a 8 round fight via KO. Salka was the 4th fighter to stop Echevarria. 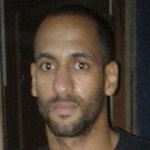