Born October 15th 1984 Vyacheslav Glazkov (aged 36) has built up a good career record of 21-1-1. With plenty of experience and now 23 fights as a pro, Glazkov hopes to move on to better things in future as he moves into the later stages of his career. Glazkov's longest KO streak is 6 fights long out of his 23 career fights.

In his first fight in July 2009, Glazkov defeated Oezcan Cetinkaya in a 4 round fight. The fight went the full distance and secured Glazkov his first win and distance win to kick of his pro career. Glazkov then went on to win his next 12 fights - fighting 3 times in 2009, 5 times in 2010 and 4 times through 2011 and 2012 racking up wins against Denis Bakhtov, Mark Brown and Gbenga Oluokun amongst others.

Glazkov then went on to fight and beat Evgeny Orlov on March 16th, 2012 maintaining his unbeaten record. Orlov was stopped in the 5th round via RTD meaning Glazkov was the 3rd person to stop this opponent. Glazkov's winning streak went from 11 wins to 13 after he then defeated boxers including Gbenga Oluokun and Konstantin Airich.

Glazkov entered his next fight with 13 wins and took this to 14 with a win against Tor Hamer on December 22nd, 2012. Becoming the first person to stop Tor Hamer, Glazkov beat Hamer via RTD in the 4th round of a 8 round fight. Fights against boxers including Byron Polley and Garrett Wilson followed where he won 3 fights taking his winning streak to 16 wins.

Tomasz Adamek was the next fight for Glazkov on March 15th, 2014 and also his next career win. Adamek was a great challenge for Glazkov, losing over the full 12 round distance and crowning Glazkov as the 3rd person to have defeated Adamek. Glazkov then went on to win a further 3 fights taking his record to 20 wins, 0 losses and 1 draws.

Keeping his losses at 0, Glazkov fought on August 15th, 2015 beating Kertson Manswell via KO. This took his record to 21-0-1 showing quite the successful career to date. Glazkov was the 7th person to stop Kertson and he did it in the 4th round via KO. The fight was due to last 10 rounds.

Glazkov's next defeat of his career came against Charles Martin on January 16th, 2016. In the latest fight of Glazkov's career, Martin was a push too far for Glazkov and after a tough fight Martin became the first person to beat and stop Glazkov in round 3. Here's hoping Glazkov comes back to fight again. 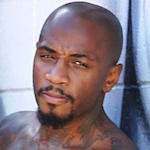