Although beaten, Tom Dallas has gained plenty of experience over 22 fights and a 6 year long career so far. He now moves on to see just how far he can go as he approaches the later stage of his career. Between September 2008 and May 2011, Dallas had his longest winning streak of 15 fights. In his 22 fights, his longest KO streak is 8 fights long.

In his first fight in September 2008, Dallas defeated Vlado Szabo in a 4 round fight. The fight went the full distance and secured Dallas his first win and distance win to kick of his pro career. Dallas rise in boxing continued with 11 wins against fighters such as Stas Bilokon, Slavomir Selicky and Lee Swaby.

Dallas went into his next fight against David Price on June 11th, 2011 with a career record of 15 wins. Price was a push too far for Dallas and after a tough fight Price became the first person to beat and stop Dallas in round 2.

Dallas lost to Matt Skelton in his next fight. Taking place on March 3rd, 2012, Dallas's career record after this fight stood at 15-2-0. Dallas was stopped by Matt Skelton in the 5th round of a 8 round fight via TKO. It was Dallas's 2nd stoppage defeat in his career.

Dallas kept his losses at 3 by beating Tom Little on June 20th, 2012. Dallas's win against Tom Little came in the 3rd round of a 3 round fight via TKO. Dallas became the first person to stop Little in 19th fights. Dallas then went on to win again against Tomas Mrazek setting him up well for his next pro fight.

Dallas's career took a knock with a loss against Ian Lewison on September 7th, 2013 taking his record to 17-4-0. Dallas fought Ian Lewison and was defeated via TKO in the 10 round bout. This was Dallas's 4th stoppage defeat in his career which came in the 2nd round.

Dallas went into his next fight against Charles Martin on April 25th, 2015 with a career record of 17 wins. Out for his 22nd career fight, Dallas was once again outmatched where he suffered a 1st round TKO loss in only his 5th stoppage defeat to date. Another blow for the talented Dallas. 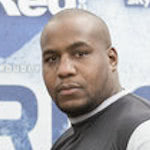