Born March 21st 1992 David Allen (aged 29) has built up a good career record of 12-3-1. With plenty of experience and now 16 fights as a pro, Allen hopes to move on to better things in future as he moves into the later stages of his career. The longest KO streak that Allen has ever had is 3 throughout his 16 fights and his longest winning streak is 5 wins. This started on December 2012 and came to an end on March 2014.

In his first fight in December 2012, Allen defeated Rolandas Cesna in a 6 round fight. The fight went the full distance and secured Allen his first win and distance win to kick of his pro career. Following on from his debut, Allen continued his career by fighting in a further 8 fights. In this time he fought Larry Olubamiwo, Oliver Nagy and Jindrich Velecky to name just a few, fighting once in 2012, 3 times in 2013 and 4 times through 2014 and 2015 in this period.

Allen entered his next fight with a successful record of 5-0-1. The fight against Plamen Nikolov on March 29th, 2014 ended in a draw which was Allen first fight that didn't end in a win. Allen fought Plamen Nikolov. Allen was the 3rd person to go the distance with this opponent resulting in an eventual draw with nobody proving successful. Allen's win streak of 5 rose to 9 following 4 great wins, becoming the 7th person to stop Jindrich Velecky (Round 3 TKO), 3rd person to stop Larry Olubamiwo and 11th person to stop Jason Gavern (Round 4 RTD).

Allen lost to Dillian Whyte in his next fight. Taking place on July 30th, 2016, Allen's career record after this fight stood at 9-1-1. Allen's technical boxing ability was put to the test as he got outpointed in the 10 round fight against the better man. Whyte gave Allen his first professional loss of his 11 fight career to date.

On December 10th, 2016, Allen took on and was defeated by Luis Ortiz meaning his career tally went to 9-2-1. Allen's fight against Luis Ortiz was Allen's first stoppage defeat. This came via TKO in the 7th round of a 8 round fight. Allen took on another 2 opponents next, racking up wins against David Howe and Lukasz Rusiewicz.

Allen went into his next fight against Lenroy Thomas on May 27th, 2017 with a career record of 11-3-1. Allen fought a brave fight but in the end was outclassed by Lenroy Thomas over the 12 distance.

In Allen's most recent fight, Lenroy Thomas was handed a beating by Allen on March 3rd, 2018 to ensure his win record increased further again to 12 wins. Allen's win against Thomas was only the 4th time Thomas had been stopped. The fight finished in the 4th round of a 4 round fight via TKO. 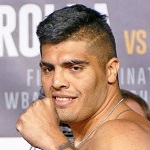 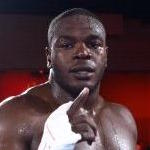