Terry Downes (age 20) was a orthodox boxer with a record of 35 wins, 9 losses, 0 draws. Starting his career on April 1957 at age 20, Terry Downes fought 44 times over 7 years as a pro. The longest win streak that Downes has ever recorded was between April 1957 and November 1958 when it totaled 7 wins. Downes's longest KO streak is 5 fights long.

In April 1957 Downes faced Peter Longo in his debut bout over 6 rounds, but only 1 were needed as Downes became the quickest person ever to stop Longo via a 1 round KO victory. Downes continued his pro journey, which was mostly successful at this point, by fighting 22 fights following his debut. Fights against boxers such as Pat Mcateer, Lew Lazar and Phil Edwards followed including 12 times in 1957 and 10 times in 1958.

Freddie Cross was next in line for Downes where unfortunately, he was defeated on January 28th, 1958 taking his record to 11-3-0. Downes fought Freddie Cross and was defeated via TKO in the 10 round bout. This was Downes's 2nd stoppage defeat in his career which came in the 6th round. Downes then went on to win a further 5 fights taking his record to 16 wins, 3 losses and 0 draws.

Pushing his career further, Downes fought Phil Edwards on September 30th, 1958 adding to his winning record. Edwards was stopped in the 13th round via TKO crowning Downes as the first person to stop this opponent. Fights against boxers including Phil Edwards, Sugar ray Robinson and Joey Giardello followed where he won 21 fights taking his winning streak to 33 wins.

On November 25th, 1963, Downes went into action again and beat Mike Pusateri taking the winning record to 34 wins. Pusateri was a worthy challenger but Downes was too much and became the first person to stop Pusateri via TKO during round 5.

Downes went into his next career fight with a record of 34-8-0 and took this to 35 wins with a win against Ed Zaremba on May 28th, 1964. Downes was the 6th person to go the distance with Zaremba. Downes fought Ed Zaremba in 1964, the result was via PTS.

Downes's next defeat of his career came against Willie Pastrano on November 30th, 1964. In one last attempt to prove he still had what it takes, Downes was unfortunately stopped in the 11th round of a 15 round fight. Pastrano was only the 6th person to stop Downes to end his 44 fight career. 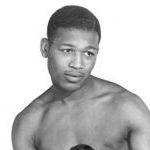