Nikolay Potapov started his career aged 32 on March 2010. After 12 fights, Potapov remains unbeaten with no sign of being beaten after building up his record of 12 wins and a career lasting 3 years so far. Potapov's longest KO streak is 4 fights long out of his 12 pro career fights.

Potapov proved he was made for the pro ranks in his debut against Vladyslav Zubkov, becoming the first person in Zubkov's 0 fights to stop him. The fight ended in round 3 of 4. Maintaining a successful start proved easy for Potapov with a further 6 wins, beating boxers such as Bayram Mukhamedov, Rauf Aghayev and Ravil Mukhamadiyarov.

Abigail Medina was beaten next on May 18th, 2013 meaning Potapov could maintain his unbeaten streak. In 2013 Potapov fought his next opponent in Abigail Medina. A challenging 10 round fight that ended in Potapov's favour as the judges awarded Potapov the UD victory. Potapov was the 2nd person to defeat Medina.

On November 16th, 2013 Potapov fought and beat Nasibu Ramadhani (12-3-0) to continue his unbeaten streak. Potapov's UD win against Nasibu Ramadhani came via judges decision of a 10 round fight. Potapov became the 4th person to defeat Ramadhani and secured a great win. 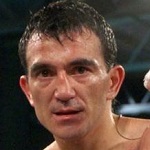