Having started off in the pro game in August 2011 and having built a perfect unbeaten record of 11-0-1, Young (age 34) now looks to move into the later stages of his career and step up against some of the top prospects in the division. Young's longest KO streak is 2 fights long out of his 12 career fights.

Finally getting his feet wet in the pro ranks Young became the first to go the distance with Ricky Lacefield over a 4 round win for Young. Young continued his pro journey by fighting 6 fights following their debut. Fights against boxers such as Clayton Coots, David Green and Ricky Lacefield followed including once in 2011 and 2 times in 2013.

Young went into his next career fight with a record of 9-0-1 and took this to 10 wins with a win against Vicente Alfaro on June 27th, 2014. In 2014 Young fought his next opponent in Vicente Alfaro. A challenging 6 round fight that ended in Young's favour as the judges awarded Young the UD victory. Young was the 4th person to defeat Alfaro. 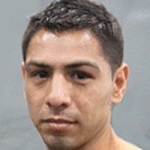