Wallin started his career aged 22 on June 2013. His career record to date stands at 8 wins and he remains unbeaten. Wallin's longest win streak is 8 fights between June 2013 and December 2014. His longest KO streak in his 8 fights is 3 fights long.

Wallin proved he was made for the pro ranks in his debut against Roman Cherney, becoming the first person in Cherney's 1 fights to stop him. The fight ended in round 1 of 4. Wallin's rise through the ranks continued with 4 wins against fighters such as Gabor Farkas, Valeri Semiskur and Roman Cherney. This took his record to 4 wins.

On October 26th, 2013 Wallin fought and beat Gabor Farkas (6-28-6) to continue his unbeaten streak. The 4 round fight ended in the 3rd round via TKO crowning Wallin as only the 11th to stop Farkas. 3 wins followed where Wallin went on to be the 7th person to stop Ladislav Kovarik, 40th person to beat Ferenc Zsalek and 44th person to beat Tomas Mrazek.

Wallin then went on to fight and beat Maksym Pedyura on August 30th, 2014 maintaining his unbeaten record. The win against Pedyura happened in the 4th round of a 6 round fight via TKO.

The unbeaten run continued with the defeat of Ivica Perkovic in his latest fight on December 6th, 2014, taking his winning record to 8 wins. Taking his total win streak to 8 wins, Wallin defeated Perkovic in the 8 round fight. The win came via RTD in the 4th round. Wallin was the 12th to stop Perkovic. 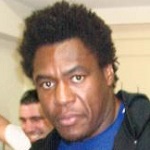