Starting his career in May 2005 at the age of 24, orthodox boxer Raphael Zumbano love has now been pro for 10 years and has built up a career of 37-12-1. Zumbano love now moves into the final stages of his career. Zumbano love's longest KO streak is 5 fights long out of his 50 career fights.

A calm Zumbano love made the statement he was hoping for in a 4 round fight against Mauricio Toledo borrero. Claiming the only stoppage defeat of Toledo borrero's career in round 3 of the fight via TKO. Zumbano love continued his pro journey, which was mostly successful at this point, by fighting 25 fights following his debut. Fights against boxers such as Carlos Barcelete, Saul Farah and Mauro aparecido Gomes followed including 4 times in 2005, 6 times in 2006 and 15 times through 2007, 2008 and 2009.

On January 17th, 2015, Zumbano love took on and was defeated by Eric Molina meaning his career tally went to 35-9-1. Molina upset Zumbano love in a 8 round fight, stopping him in the 8th round and becoming only the 2nd person to stop Zumbano love.

On August 28th, 2015, Zumbano love was in action again with a win via KO against Adilson Cardoso taking his mostly successful record to 37-11-1. The win happened in the 1st round of a 8 round fight via KO.

The next defeat of Zumbano love's career came against Andy Ruiz jr on October 24th, 2015. This took his career record to 37-12-1. A blow for Zumbano love confidence, Zumbano love was taken the full distance by Ruiz jr and was handed a UD loss on the judges decision. A tough technical fight that leaves Zumbano love unsure on where his career will head next. 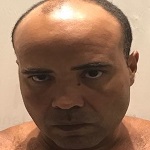