Heraldez, aged 19, started his career on August 2009. Although still relatively close to the start of his career, his record stands at 6 wins and will hopefully continue to rise. The longest win streak that Heraldez has ever recorded was between August 2009 and February 2016 when it totaled 6 wins. Heraldez's longest KO streak is 4 fights long.

In August 2009 Heraldez faced Luis Tapia in his debut bout over 4 rounds, but only 2 were needed as Heraldez became the quickest person ever to stop Tapia via a 2 round KO victory. Taking his record to 3 wins, Heraldez won his next 3 fights continuing his successful career.

Benjamin Romanillo was up next for Heraldez on February 16th, 2013. Heraldez continued with his winning streak by beating Romanillo. Romanillo was stopped in the 1st round via KO crowning Heraldez as the first person to stop this opponent.

Heraldez then went on to fight and beat Roberto Lopez on March 30th, 2013 maintaining his unbeaten record. In 2013 Heraldez fought his next opponent in Roberto Lopez. A challenging 4 round fight that ended in Heraldez's favour as the judges awarded Heraldez the UD victory. Heraldez was the 5th person to defeat Lopez.

The unbeaten run continued with the defeat of Adam Mate in his latest fight on February 16th, 2016, taking his winning record to 6 wins. Heraldez's win against Mate was only the 5th time Mate had been stopped. The fight finished in the 1st round of a 8 round fight via TKO. 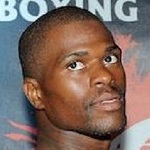