Born November 24th 1987, orthodox fighter Marcos Reyes started his career in April 2007 at the age of 19 and has now been pro for 10 years, fighting a total of 37 times. Reyes's longest KO streak is 10 fights long out of his 37 pro career fights.

Starting as he means to go on, Reyes got off to an explosive start in his debut, defeating Luis Garcia in 2 rounds and becoming the only person to have stopped Garcia to date. Reyes continued his pro journey, which was mostly successful at this point, by fighting 19 fights following his debut. Fights against boxers such as Saul Duran, Jaime Llanes and Luis ramon Campas followed including 4 times in 2007, 6 times in 2008 and 9 times through 2009 and 2010.

Next was Beibi Berrocal on September 5th, 2009 where Reyes took the win continuing his unbeaten streak. Reyes was the first person to go the distance with Berrocal. Reyes fought Beibi Berrocal in 2009, the result was a solid win to Reyes.

Taking the first knock of his career, Reyes fought Amilcar edgardo Funes melian on January 30th, 2010 and was defeated by Funes melian. Coming into the fight with high confidence Reyes fought his next fight against Amilcar edgardo Funes melian on January 30th, 2010. Unfortunately, Reyes was outclassed and lost the decision on the judges scorecards taking his record to 13-1-0. Fights against Julio cesar Garcia, Mauro Lucero, Julio cesar Garcia and 10 others followed where he won all 13 fights taking his winning streak to 26 wins.

Eric Mitchell was the next fight for Reyes on April 13th, 2013 and also his next career win. Reyes was the 2nd person to stop Eric and he did it in the 5th round via TKO. 7 wins followed where Reyes went on to fight Idiozan Matos, David alonso Lopez and Rogelio Medina amongst others, prolonging his win streak.

In Reyes's most recent fight, Miguel Angel Suarez was handed a beating by Reyes on March 10th, 2018 to ensure his win record increased further again to 34 wins. The latest fight for Reyes was expected to be a challenging one, but Suarez was disposed of in 2 rounds as Reyes moves on to greater things and claims the honour of being first person to have ever stopped Miguel Angel Suarez. 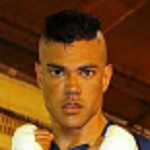 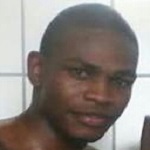