Born October 16th 1980 Olanrewaju Durodola (aged 42) has built up a good career record of 21-3-0. With plenty of experience and now 24 fights as a pro, Durodola hopes to move on to better things in future as he moves into the later stages of his career. The longest KO streak that Durodola has ever had is 8 throughout his 24 fights and his longest winning streak is 9 wins. This started on June 2011 and came to an end on April 2012.

Durodola proved he was made for the pro ranks in his debut against Jamal Woods, becoming the first person in Woods's 0 fights to stop him. The fight ended in round 3 of 4. Following his debut, Durodola had an impressive start to his career as he went on to win his next 12 fights including 3 times in 2011 and 9 times in 2012 against the likes of Sam Hill, Jason Massie and Ibrahim Marshall.

Jason Massie was up next for Durodola on November 26th, 2011. Durodola continued with his winning streak by beating Massie. Massie was stopped in the 1st round via TKO crowning Durodola as the first person to stop this opponent. Fights against Calvin Rooks, Lance Gauch, Joseph Rabotte and 2 others followed where he won all 5 fights taking his winning streak to 9 wins.

On June 23rd, 2012, Durodola took on and was defeated by Akhror Muralimov in his first career defeat meaning his career tally went to 9-1-0. Muralimov was a push too far for Durodola and after a tough fight Muralimov became the first person to beat and stop Durodola in round 5. Fights against Sam Hill, Victor Barragan, Ibrahim Marshall and 4 others followed where he won all 7 fights taking his winning streak to 16 wins.

Durodola kept his losses at 1 by beating Mitch Williams on October 26th, 2013. Williams was stopped in the 6th round via TKO crowning Durodola as the first person to stop this opponent. Fights against boxers including Max Heyman and Joell Godfrey followed where he won 3 fights taking his winning streak to 19 wins. 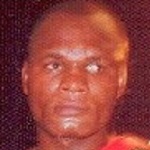