Born September 11th 1986, orthodox fighter Maxim Vlasov started his career in April 2005 at the age of 18 and has now been pro for 11 years, fighting a total of 37 times. Vlasov's longest win streak is 19 fights between April 2005 and September 2010. His longest KO streak in his 37 fights is 5 fights long.

In an impressive debut, Vlasov kept his calm and defeated Kirill Galuzin over 4 rounds via a judges decision. This was only the 5th time Galuzin had been taken the full distance. Following his debut, Vlasov had an impressive start to his career as he went on to win his next 19 fights including 4 times in 2005, 2 times in 2006 and 13 times between 2007 and 2010 against the likes of Jonathan Reid, Julius Fogle and Jerson Ravelo.

Alexander Murashov was up next for Vlasov on December 23rd, 2005. Vlasov continued with his winning streak by beating Murashov. Showing his class against Murashov, Vlasov was the 2nd person to go the distance with this opponent. Vlasov then went on to win a further 15 fights taking his record to 19 wins, 0 losses and 0 draws.

Vlasov went into his next fight against Isaac Chilemba on February 25th, 2011 with a career record of 19 wins. Vlasov's first defeat came over the full distance against Isaac Chilemba on February 25th, 2011. The fight went to the judges in a UD loss for Vlasov. Racking up wins against Gasan Gasanov and Gennady Maximov, Vlasov went on to fight and win these next 2 fights.

Vlasov entered his next fight with a mostly successful record of 21-1-0 and took this to 22 wins with a win against Roman Shkarupa on November 12th, 2011 via TKO. Shkarupa proved to be no match for Vlasov, and Vlasov became the first person to stop Shkarupa via TKO during round 3. Vlasov then went on to win a further 4 fights taking his record to 26 wins, 1 losses and 0 draws.

On November 4th, 2013, Vlasov went into action again and beat Artem Redko taking the winning record to 27 wins. Vlasov's fight against Artem Redko came in the 6th round of a 10 round fight via TKO. Vlasov became the first person to stop Redko. Fights against boxers including Maxell Taylor, Gusmyr Perdomo and Ruben eduardo Acosta followed where he won 7 fights taking his winning streak to 33 wins.

Vlasov went into his next career fight with a record of 33-2-0 and took this to 34 wins with a win against Yuri Bihoutseu on April 29th, 2016. Vlasov secured the win over Bihoutseu after the final bell via UD, resulting in Vlasov being the 6th person to defeat Bihoutseu.

Ensuring he added another win to his tally, Maxim Vlasov defeated Ismayl Sillah on June 2nd, 2016 in his latest fight. Ending via TKO, Vlasov became the 3rd fighter to stop Sillah. The defeat came in the 3rd round of a 10 round fight. 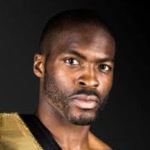